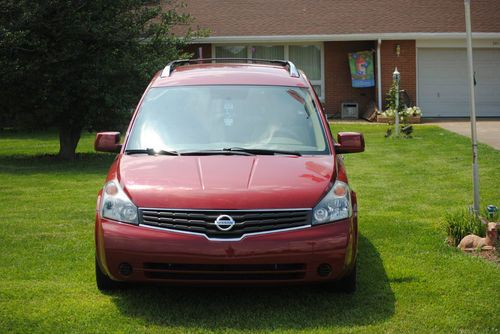 Condition: UsedA vehicle is considered used if it has been registered and issued a title. Used vehicles have had at least one previous owner. The condition of the exterior, interior and engine can vary depending on the vehicle's history. See the seller's listing for full details and description of any imperfections.Seller Notes:"Minor chips on hood, otherwise excellent inside and out. Never smoked in. Cloth seats. Rear DVD player. Braun Red Metallic exterior, light tan interior. Almost new Goodyear Eagles, new front rotors, and ceramic pads. Full synthetic Castrol oil."