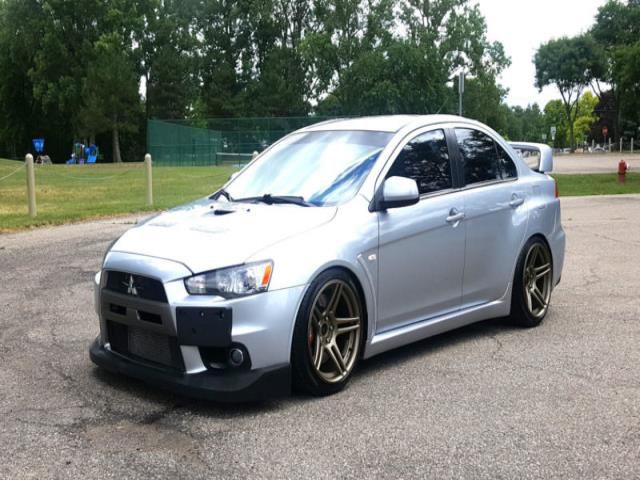 I am selling my 2008 Mitsubishi Lancer Evolution X for $21,400 it has 110,xxx miles, leather and cloth Recaro seats, Sparco shift knob, SST 6-speed dual clutch transmission. The car is lowered with adjustable Megan Street coilovers suspension, Brembo calipers with drilled & slotted rotors, debadged trunk, Carbon fiber vortex generator, Polyurethane front lip, 18x9.5 matte bronze 7Twenty Style 46 wheels +10 Offset (British brand wheels ordered from England). The engine is completely stock and well maintained. I use high mileage Mobil 1 fully synthetic oil. Vehicle is tinted all around with limo tint windshield visor. Red HellaSupertone horns, comes with original owners manual, Tires have a lot life left on them, they were purchased in April 2016. Vehicle has a 100,000/5 year extended warranty that I recently purchased in November 2015 (ask for details). I bought the car Oct 2013 from Illinois with 64,000 miles, I am selling my car because I am moving to England soon.
EMAIL : dowlinghangchowd@mynet.com

Mention the name Mitsubishi to different people and you'll likely get two startling different images. Environmentalists will focus on the company's strides in developing EVs, while performance enthusiasts will point you toward the Lancer Evolution. The prevailing wisdom was that Mitsubishi would cancel the latter to concentrate on the former, but the latest intel suggests that the two will be reconciled with a new Evo around the corner.
Although Mitsubishi is reportedly working to streamline its lineup from 23 models on 12 different platforms to 13 models on 7 by 2016, the next Evo will stand as an exception. Like Subaru did with the formerly Impreza-based WRX (or for that matter Nissan with the formerly Skyline-based GT-R), the new Evo won't have anything to do with the next Lancer, which itself will be based on a Renault-Nissan platform.
On that unique platform, Mitsubishi is likely to install a small direct-injection turbo engine (potentially a diesel) that could be based on the 1.1-liter, three-cylinder turbo engine in the XR-PHEV concept we saw in Tokyo, supplemented by small electric motors with lightweight batteries and driving all four wheels through an enhanced version of the company's Super All-Wheel Control system. As to whether the Evo name will carry over, that remains to be seen, but if these reports prove accurate, its spirit could very much live on.