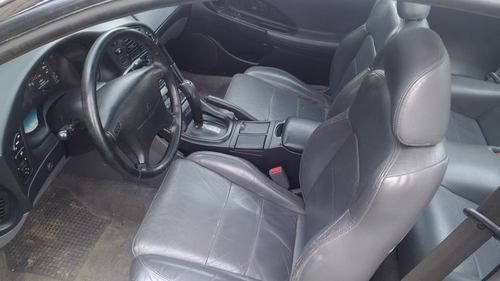 I have for sale a 98 Mitsubishi Eclipse GsT with automatic transmission, front wheel drive, has 144k on body and the motor in it had 66k before putting bearings, head gasket, oil pump, timing belt, lifters, waterpump, crank position sensor, runs good. Lowered on coil overs, has new hubs and axles...needs intercooler piping and radiator to be finished and put on the road...has upgraded big 16g turbo and big front mount intercooler!!! RUNS AND DRIVES, NEEDS FINISHED looking to sell or trade...what do you got? Not lowering the price.

The Mitsubishi Outlander PHEV is rumored to finally come to the US next fall as a 2016 model. In the meantime, the Japanese brand is showing off a concept for an Outlander plug-in at the Paris Motor Show in October with a massive improvement in styling and material quality that the automaker calls the "Sporty and Sophisticated" design theme.
With just a nip and a tuck, Mitsubishi's stylists have made the Outlander PHEV look a whole lot better. Instead of the narrow, squinting look of the current model, the concept shows a more vertical design that puts a big X right on the front end. In the center, there is an updated version of the horizontal grille leading to reshaped headlights. The big changes are found somewhat lower, with an air dam that is much better integrated thanks to black and chrome accents to draw the eye. The company claims that the rear gets similar upgrades with new lights and shining trim running across the tailgate.
The improved styling gets carried inside, as well. According to Mitsubishi, the design features black wood grain trim and silver accents throughout the cabin, and the center console is inspired by Japanese black lacquer boxes. The seats are also covered in hand-stitched leather with horizontal ribs.