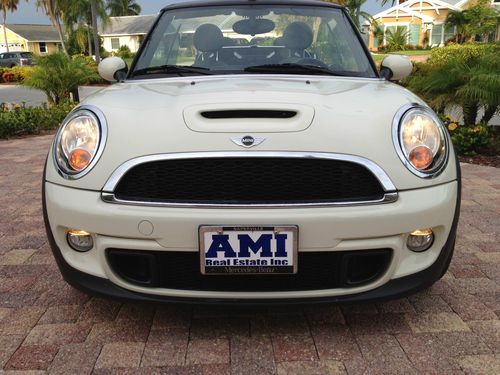 Condition: UsedA vehicle is considered used if it has been registered and issued a title. Used vehicles have had at least one previous owner. The condition of the exterior, interior and engine can vary depending on the vehicle's history. See the seller's listing for full details and description of any imperfections.Seller Notes:"car is in great condition ."

Cooper S in great condition , only 2 owners from new , first owner only had the car for 4 months , No snow in florida so no chance of rust. Check the mileage , we live on a barrier island in florida and the car only generally drives 2-3 miles each day.Everything work well and its great fun , but we now need a bigger car so someones going to get a great deal.