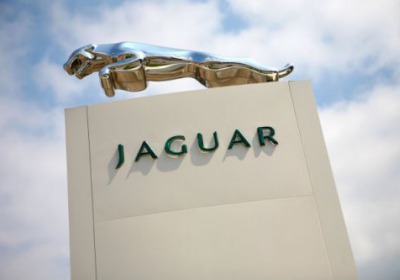 Jaguar has taken the top spot among luxury brands in the 2013 Sales Satisfaction Index, an annual survey conducted by J.D. Power that measures customer satisfaction with the experience of purchasing a new vehicle. The English brand, not even among the top three luxury automakers on the list last year, vaulted ahead of Lexus, which placed third this year after leading the list in 2011 and 2012. Porsche, meanwhile, moved into second place.

The rankings are based on a point score out of 1,000, with Jaguar earning 740 points, Porsche right behind with 739 and Lexus with 737. Volvo, meanwhile, made the biggest improvement among luxury brands with a 30-point jump to 708, bring it up from 11th place to 9th this year.

J.D. Power has a separate ranking for mass-market brands, and this year Mini again tops the list with a score of 718, far outpacing second-place Buick with a score of 694 and making it the fourth time Mini has lead this list. After Buick, the next two ranked brands are both American and both from General Motors, with Chevrolet and GMC sharing third place with a score of 686.

In studying the new-car buying experience, J.D. Power also found that customer satisfaction was higher when salespeople used tablets during the buying process. When such devices were used by salespeople to collect information, demonstrate features or display pricing and payment information, the customer satisfaction score was some 52 points higher – 844 vs. 792 on the study's 1,000-point scale. Despite their positive effect, tablets are presently used by only 10 percent of dealerships, according to the study. Given the influential nature of J.D. Power studies, we're willing to bet you'll soon see a lot more of these computers at dealers near you in short order.

WESTLAKE VILLAGE, Calif.: 14 November 2013 --Sales satisfaction among new-vehicle buyers is 52 points higher when their salesperson uses a tablet device than when their salesperson does not use a tablet during the sales process (844 vs. 792, respectively, on a 1,000-point scale), according to the J.D. Power 2013 U.S. Sales Satisfaction Index (SSI) StudySM released today.

"The study finds that tablets are proving to be versatile and effective tools that may help maintain consistency in the sales process, while providing easily accessible and dynamic product information," said Chris Sutton, senior director of the automotive retail practice at J.D. Power. "Although tablet usage has increased from a year ago, dealers are still missing an opportunity to improve their sales experience by providing shoppers with sales information on a single platform that allows them to easily browse options and features with immediate commentary from their salesperson."

KEY FINDINGS
-- Satisfaction is highest among new-vehicle buyers who are presented with pricing/payment options on a computer screen or tablet (833), followed by a computer printout (820); verbal price quotes (792); and hand-written figures (780).
-- Tablet usage remains relatively limited, with only 10 percent of dealership salespeople using these devices, which is up from 7 percent in 2012.
-- New-vehicle buyers most often indicate that salespeople use these devices to capture their personal information (51%); demonstrate vehicle features (41%); and display price or payment information (38%).
-- During the shopping process, consumers most often use their mobile devices at the dealership to access vehicle pricing information (72%); model information (52%); and search inventory (38%).

Rankings
Rankings are based on the experiences of both buyers and rejecters. Overall sales satisfaction improves 9 points year over year to 673 in 2013.

Jaguar ranks highest among luxury brands in satisfaction with the new-vehicle buying experience with a score of 740. Among luxury brands, Volvo improves the most (+30 Index points) and moves up in the rankings to 9th in 2013 from 11th in 2012.