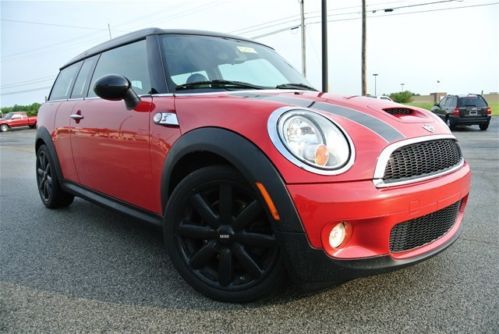 Mini Clubman Bond Street is as special as they come

Mini is committed to applying the brand's trademark special-edition formula to the company's long roof. The Clubman Bond Street bowed under the lights of the 2013 Geneva Motor Show, complete with its unique black-and-champagne color scheme. Like the Mayfair and Camden and Bayswater and Baker Street special editions that came before it, the Bond Street pays homage to a famous London street with mirror caps and a roof dipped in contrasting paint. The Cool Champagne color pops against the body's Midnight Black Metallic, and buyers can expect to find a set of 17-inch alloy wheels on hand as well.
Inside, the Clubman Bond Street gets Carbon Black leather seating with Deep Champagne accents. Each Bond Street comes equipped with the Chrome Line package. Under the hood, a 122-horsepower gasoline four-cylinder serves up thrust, though a 143-horsepower turbo-diesel mill can also be had for a little extra coin. Check out the full press release below for more information.