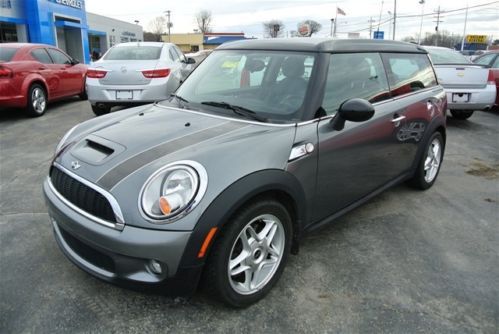 A Premium Van For The Modern-Day Milkman
We first saw the Mini Clubvan at the Geneva Motor Show in March 2012, then in December again at the Los Angeles Auto Show. Based on a stock Mini Clubman, the Clubvan's dimensions are identical, while all side windows aft of the middle pillar are blocked out from the inside with handy polycarbonate liners (read: fancy plastic) and have body color skin on the outside, while the rear windows are tinted to boot. It looks like a van and works like a van, so it must be a van. A Mini-van, though.
Where is Mini going with this relatively low-cost (to the company) product line extension? The chief market for this nimble little hauler is cities in Great Britain where they were frequently in bygone days identified as milk delivery vans. These days, though, there are - even in the US now - lower cost smaller urban delivery vans from Ford, Ram and Nissan. Therefore, the spin is that the Mini Clubvan is designed to cater to smaller boutique firms in need of making a fashionable impression while delivering the goods to people living in penthouses and such. Think: Florists, caterers, and so on.