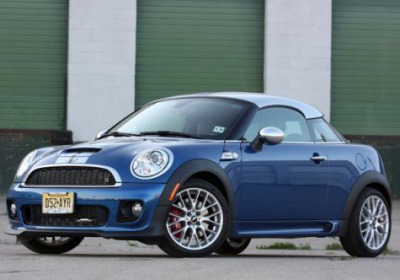 The next-generation Mini lineup could see some big changes, according to a report from Australian site CarSales. Starting with the debut of the third-generation Mini Hardtop at this year's Los Angeles Auto Show, we could see a regular string of Minis on the stages of the world. But the bodystyles we see might not be what we've grown used to.

A four-door sedan could eventually arrive, while the polarizing Mini Coupe and Roadster are likely to be replaced by a dedicated sports car with unique sheetmetal and uprated engines. While the rest of the line is switching to three-cylinder, turbocharged engines, the new sports car, which will be available in both soft- and hardtop variants, will use some version of BMW's 2.0-liter, turbocharged four-cylinder. The Aussie site also claims that the interior treatment could take inspiration from the Mini Vision concept car, while showing off the know-how BMW gained when working carbon fiber into the i3. The new model(s) would likely arrive in late 2015 or early 2016.

According to CarSales, we'll see the three-door Hardtop at the 2013 LA Show, along with a five-door hatch that is different from the Clubman at the 2014 Paris show. The Clubman, meanwhile, will arrive in Geneva in 2015, while the Convertible is slated for later that same year. The current Countryman and Paceman are expected to be around for some time, before being joined by an MPV. Eventually, the larger Minis will share their architecture with the BMW X1.