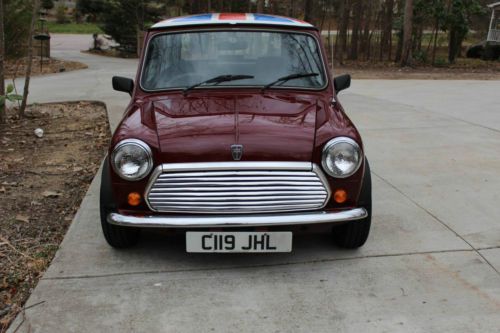 BMW effectively hit the reset button when it unveiled the new Mini at the LA Auto Show last month, opening the door to a whole raft of new variants to follow - and this is the first.
Set to be unveiled at the Detroit Auto Show next month is the new Mini John Cooper Works Concept, a show car that previews the next hot hatch from the Anglo-Saxon automaker. Mini isn't saying much about what makes it tick, focusing instead of the design that sets it apart from the standard version we've already seen.
This JCW concept features a lustrous grey paintjob with bright red accents, 18-inch alloys and an upgraded aero kit, all aimed at making the Mini look that much sportier. It's got bigger air intakes where the fog lights would be, LED headlamps, a black grille frame, side skirts, a rear bumper with diffuser insert and a roof-mounted spoiler.