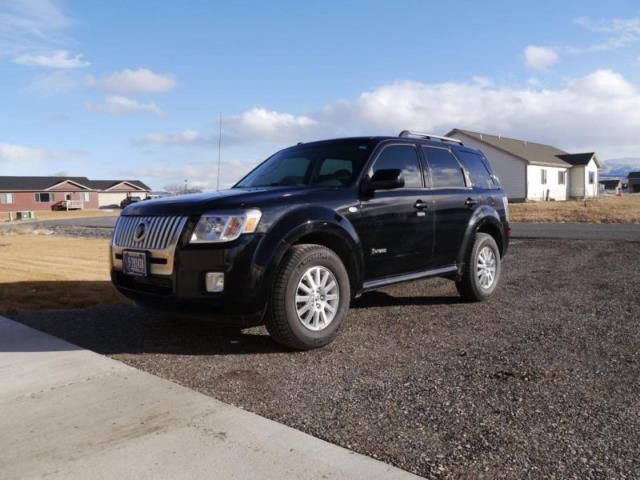 This is a great little SUV and we get 29 MPG regularly around town in the summer and 27 MPG on the highway. We have got as high as 31 MPG before. The 4wd is great in the snow and will take you anywhere. I specifically bought a 2009 for the newer body style with upgraded power over the 2008 and an improved Navigation system. The Mercury Mariner is the same vehicle as a Ford Escape Hybrid. This SUV has every option except the power moon roof, below is a list: Intelligent 4WD System 16" 12-spoke machined-aluminum wheels Premium leather-trimmed, heated front bucket seats Heated body-color side view mirrors Hybrid Energy/Navigation/Audiophile System: Hybrid energy-flow graphic; fuel economy display; Audiophile Sound System with AM/FM stereo/CD/DVD, MP3 capability and 7 speakers; SYNC; hard drive-based, voice-activated Navigation System features SIRIUS Travel Link TM and about 10 gigabytes of digital storage for pictures and music Backup Camera Ambient Lighting Roof-rack side rails with satin-aluminum inserts and black crossbars Reverse Sensing System It has 69,904 miles and is still covered under the 100k miles / 8 year hybrid battery warranty. I just put Michelin X-Radial LT2 All Season tires that have a 70k mile tread-wear warranty on it from Costco in the end of October 2013 that cost $625. Regular scheduled service at the Ford dealership with no mechanical issues. Have receipts for all service. There is one scratch on the drivers side rear door and some rock chips on the front but no other physical damage (see pics). I am the third owner and have owned it for the last two years. Only reason I am selling is to buy a mini-van with more room for our family. A deposit of $500 via PayPal is required 24 hours after purchasing and payment in full before pickup. I can help assist with vehicle shipping or pickup from the Helena airport. The SUV is being stored in a garage.