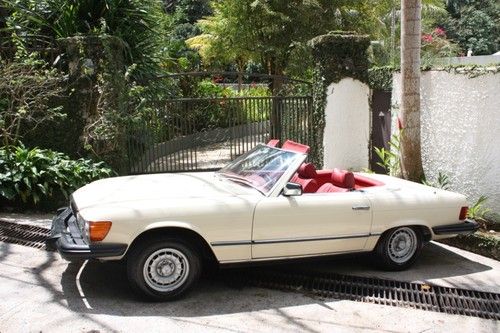 1979 MERCEDES-BENZ 450SL ORIGINAL CONDITIONS NOT A RESATURATION! ORIGINAL PAINT, ALL THE BOOKS AND DOCUMENTATION, ALL THE KEYS, INCLUDES BOTH ORIGINAL DATA PLATES, ORIGINAL SPARE TIRE, ORIGINAL TOOLKIT, ORIGINAL STEM VALVES, GARAGE KEPT BY COLLECTOR. I AM THE THIRD OWNER OF THIS VEHICLE  AND IT WAS AQUIRED BY AN ESTATE. THIS CAR RECIEVED THE ACCA 1ST JR AWARD IN 2007. CALL OR EMAIL ME FOR MORE INFORMATION.