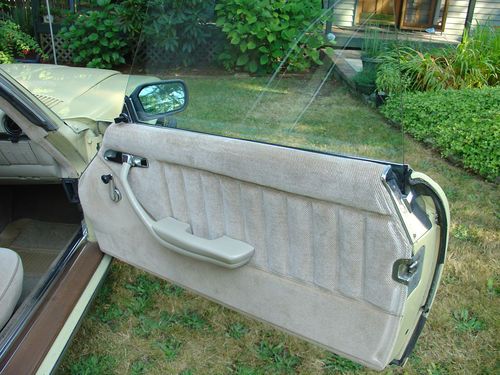 Condition: UsedA vehicle is considered used if it has been registered and issued a title. Used vehicles have had at least one previous owner. The condition of the exterior, interior and engine can vary depending on the vehicle's history. See the seller's listing for full details and description of any imperfections.Seller Notes:"small amount of rust bubbles starting to show up on front fender.has been reupholstered. two tops. soft top is original and could use replacement. transmission rebuilt, rearend rebuilt, new tires and rims. 187000 miles. 4.5 litre engine very strong. new sound system"

bought this vehicle in 1998 for the wife. had it reupholstered,repainted, new sound system, transmissiom rebuilt.since then have done standard maintenance plus had the rearend rebuilt and put on new rims and tires. if your looking for a restoration project this is probably not for you but if you want a classic fun car with plenty of power this will do the trick. selling it because we just don't drive it anymore, we have put less than 1000 miles on it in the last 5 years. always garaged since we have owned it.