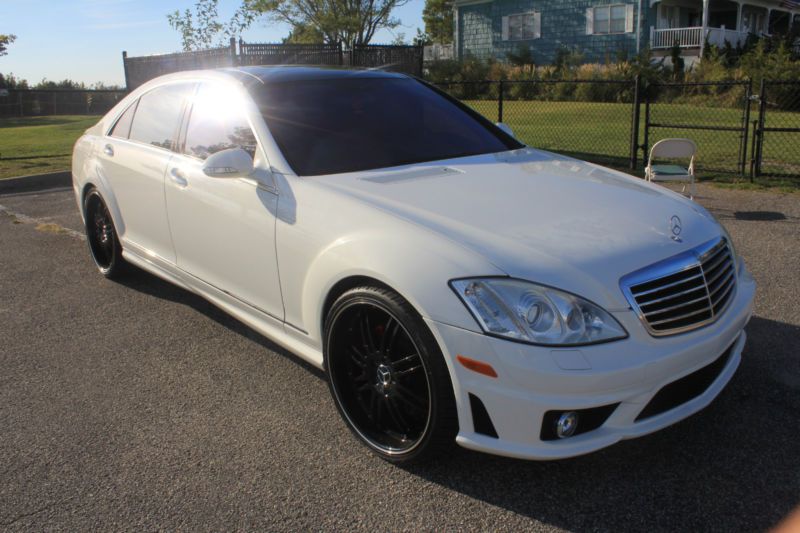 Feel free to ask me any questions about the car : leilanilkkita@uk7.net .

This a 2007 S550 with complete S65 Mercedes dealer upgrades. Runs perfect, No Leaks, No check engine lights, tons
of upgrades.
Reverse camera
Navigation
DVD player
Satellite Radio
S65 exhaust system
iPod connection
Bluetooth
Heated and AC seats
Wood grain
I have the factory rims as well on fairly new tires.
I also work with a shipping company so if you need the car to be shipped let me know and I can get you good rates.
SERIOUS bidders only! I do not provide financing, If you are interested please make sure you have your own
financing, whether its a loan check, cashiers check or cash.