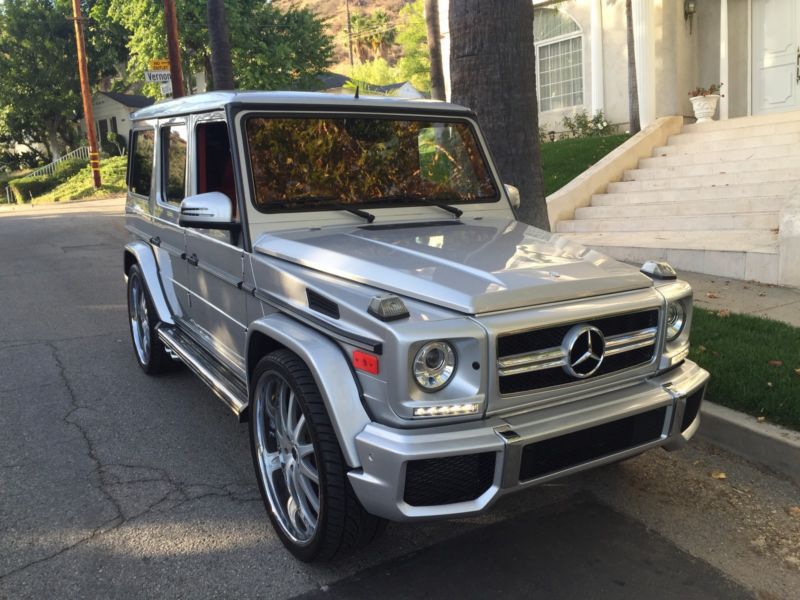 I am always available by mail at: isabeliddevenuto@cabbies.net .

2003 g500 in very clean condition .. The car has been updated to g63 with original oem Mercedes parts.. Everything
is from Mercedes not Taiwan .. The cars whole interior has been redone with red nappa leather that comes in the g63
.. With fiber optics lights in the headliner.. The car has 3pieces 26" mozz wheels with brand new tires.. The car
was updated with new AMG springs and shocks with new cross drilled rotors.. The car has oem Mercedes backup camera
the comes on the new g63.. The cars stereo has been tottely updated to top of the line infinitys.. With navigation
and DVD player.. The car has aftermarket g63 look exhaust .. car is in show car condition.. With over 40k in
updates. Head turner everywhere you go