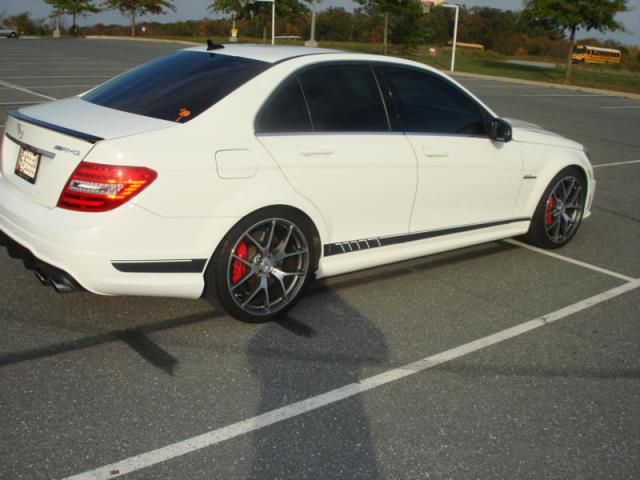 This car is really as new and is super fast. Not a thing wrong with it- not even a rock chip on the paint. I bought this car with about 2,400 miles on it from Audi of Arlington, Virginia. I have hand washed it using de-ionized water as long as I have owned the car. Serviced every 5,000 miles according to the Mercedes Benz service specifications. The car has been very well taken care of. The car has relatively new tires (about 10,000 miles on them)- Michelin Pilot Sports with the rear tires being one size larger and OEM size tires on the front. The options print out was scanned and can be provided on request. Briefly it has: The P61 507 edition package (rare with some black series bits and a 507 hp all motor that is hand built- no forced induction and the last year for that)Leather interior with side bolstersLimited Slip- a must on these carsXenon headlightsGPS mapI installed clear bra and 20% tinted windows. As I said, this car is really fast and is the last year Mercedes put a naturally aspirated motor in them. The 2015 model has a bi-turbo smaller displacement V8. It is the 507 edition which is fairly rare.