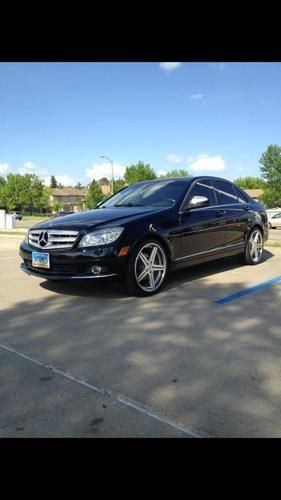 I am selling my 2009 Mercedes-Benz C300 4Matic. The car has be awesome for me but it is time for me to get something bigger. The car has many options including factory remote start. tinted windows all around. Brand New 19" TSW wheels and tires. less than 1000 miles on them. HID headlamps. LED license plate lamps. and many more options. Car is in great shape and has 58,000 miles on it. The AWD system works great in the snow. The car will also come with stock wheels and tires. If you have an questions or would like to see more pictures please feel free to shoot me an email. Thanks! Happy Bidding on a great car!!!