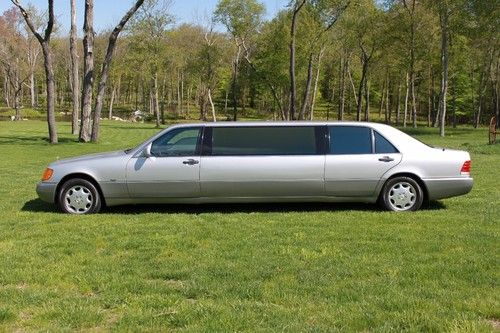 LOADED with all desired options including BAR, color changing MOOD LIGHTING, TV/VIDEO, separate stereo and climate control systems for front and back.

Back has upgrades including DVD player, and completely seperate CD player that plays all types of CDs, and also an audio imput so you can directly plug in an MP3 player (IPOD or PHONE with music on it).  Front also has the same upgraded CD/MP3 hookup unit.

Originally a Florida car, used by the president of a home shopping network, always maintained in pristine condition, smoke-free, with low miles.

This would be a great vehicle for private use, airport / conference transportation, small company executive travel, or part of a fleet for the busy prom and wedding seasons.

Cash or Cashier's Check only for payment.

Please email with any questions, or if you're in the Greater Boston area and you'd like to see the car in person.