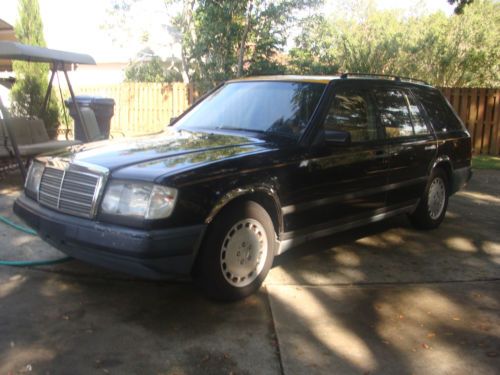 1987 Mercedes -Benz FROM MY DADS ESTATE RECORDS FROM 2005 WHEN HE BOUGHT CAR .YELLOW ROOF DUE TO FACT HE WAS REBUILDING A 1969 PORSCHE  912 TARGA AND THOUGHT THE BAHAMA YELLOW WOULD HELP THE HEAT WITH THE ROOF.WELL HE WAS 91 AT THE TIME.  CAR RUNS WELL AND WOULD BE A GREAT REAL DRIVER  AS HE USED IT FOR.. WELL AT 65 I HAVE NO ABILITY OR  WANT TO MOVE TOWARDS ANY THING OTHER THAN SELLING THIS GREAT CAR. REAL AND HONEST QUESTIONS ROBERT 352 4064704