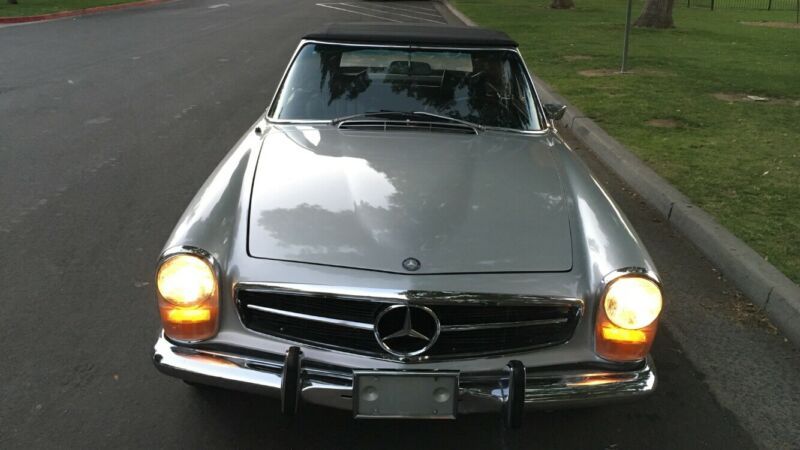 1970 Mercedes 280 SL Pagoda roadster, comes with both convertible and hardtop, fully loaded with air conditioning and four-speed manual transmission, This vehicle is in Beautiful condition. The odometer reads 58,038 miles. The car runs and looks great.