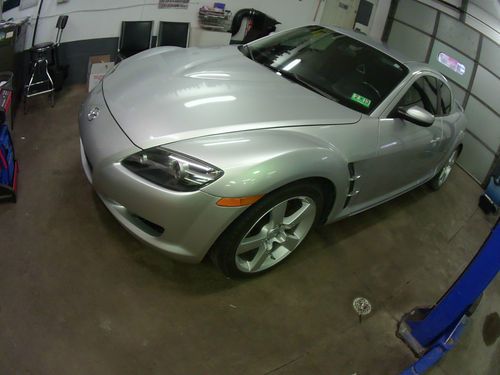 I bought this car with a flood title, That being said I have lifted the carpet, and went over the car with great detail and have found no evidence of water intrusion anywhere. The engine was faulty by way of worn out apex seals. I bought a low mileage (30k) engine and replaced the faulty original unit. This was my wifes car and was meticulously maintained with Amsoil fluids thruout. It has new ceramic  brake pads and rotors on the front and new ceramic pads on the rear with approx 10k since they have been replaced. This is a great sounding fun to drive car that gets looks everywhere.