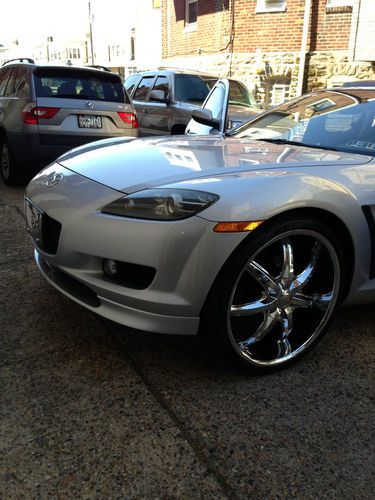 RX-8 for sale almost new and very low miles. you can contact me with cash offers, but please nothing ridiculous. the car has been garaged its whole life ane is like new. 22 inch wheels and indash pioneer with conneted bluetooth. very nice car, sunroof, and back doors that open up. my number is 215-531-4932 you can contact me with cash offers and come and pick up vehicle at owners residence. thanks for looking.