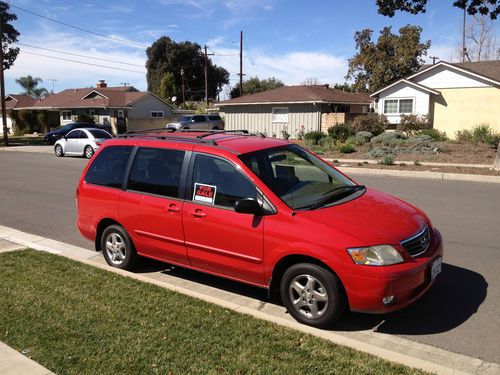 **Maintenance Summary -
Routine oil changes every 5,000 miles.
Transmission Flush every 45,000.  (Two flushes so far over the life of the vehicle) - No varnish buildup in transmission gearbox or torque converter.
Coolant flush every 6 seasons (3 year intervals - California seasons consist of "Hot" and "Cooler").  New radiator installed in February of 2011.

** Corrective Maintenance needed to be performed:
The van has a slight coolant leak.  I am not sure exactly where its coming from, but I suspect the water pump.  Our plan is to keep the expansion tank filled (with de-mineralized water) until we plan to get rid of the car.  I have been checking the coolant reservoir every week to make sure levels are where they need to be.


**Overall interior appearance
The interior has aged quite well.  We perform an annual steam clean of the carpets immediately following the summer beach season.

**General Ride and Comfort
The ride of the car is quite smooth.  The alignment is perfect and both air conditioning units (front and rear) work great.  I replace the cabin filter every four years and there is no mildew smell at all out of the vents when the A/C units are used.  The onboard entertainment system works  well (VHS tape player) and the radio/CD player system does too.  the minivan has custom OEM rims sized for P205/65/R15 tires and has lived in a garage for approximately 9 1/2 out of the 11 years we have owned the vehicle; so the paint job isn't oxidized.