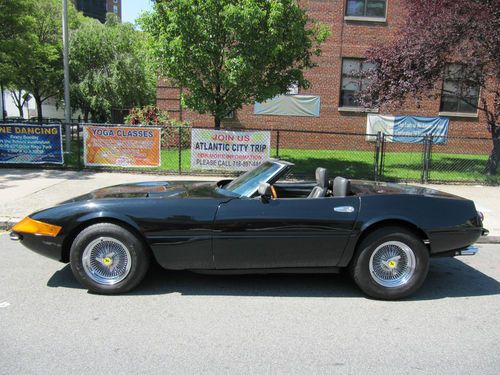 2014 Maserati Quattroporte to get twin-turbo V6

As we wait for the Detroit Auto Show to get our up-close and in-depth look at the redesigned 2014 Maserati Quattroporte, some details are just starting to emerge about the car's powertrain, but nothing is official just yet. Autocar has posted a first drive of the new Quattroporte, finally spilling the beans about what motivates this sporty and luxurious sedan.
We already knew that the 2014 Quattroporte will offer two engines - a V6 and V8 - but what we didn't know is that both engines will get a pair of turbochargers and direct injection. Previously, we speculated that the smaller V6 would be supercharged, but this 3.0-liter V6 will get turbos instead helping it produce an estimated 410 horsepower. As for the larger 3.8-liter V8, this engine is said to produce 530 horsepower (confirming our previous report) to go with 479 pound-feet of torque; performance specs for the V8 include a top speed of 191 miles per hour and a 0-60 mph time of well under five seconds.
All cars will have a ZF eight-speed automatic transmission, and all-wheel drive will be optional allowing for all of the engine power sent to the rear wheel during normal driving and a full 50/50 split between front and rear axles when needed. As we suspected, the 2014 Quattroporte has grown in size to better compete with the Mercedes-Benz S-Class.

We enjoy it when Jay Leno and his web show, Jay Leno's Garage, take a look at new, modern cars. When the comedian gets his paws on a proper classic, though, he's at his best. Leno is able to display an impressive breadth of knowledge about even obscure models, and that's no different here, as the winner of its class at the 2011 Pebble Beach Concours d'Elegance, a 1956 Maserati A6G-2000 Allemano rolls into the garage.
Part of the Maserati A6 family, this A6G is one of just 21 cars produced with coachwork by Carrozzeria Allemano, making it one of the rarer cars to grace Jay Leno's Garage. It's powered by a 2.0-liter inline-six, and, as Leno points out, is far more of a road car than the race-oriented Maseratis of the day.
Scroll down for the latest episode from Jay Leno's Garage on this fully restored 1956 Maserati.