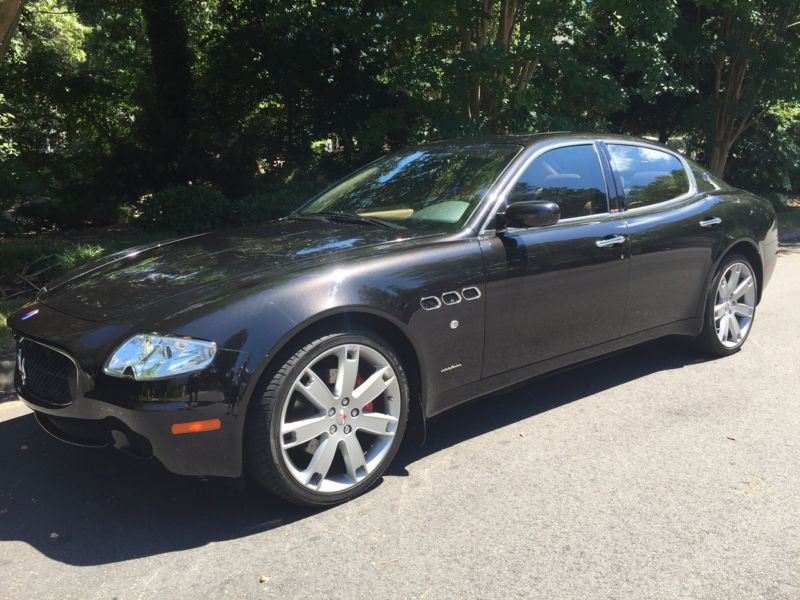 If you have questions email email me at: jonjppaynter@hammersfans.com .

Big things are happening at Maserati, where the automaker is looking to increase its sales to 50,000 units annually. In addition to the revised Quattroporte that we saw at the Detroit Auto Show earlier this year, Maserati has launched the all-new Ghibli here in Shanghai - a smaller, more driver-focused model that will take on the likes of the Audi A6, BMW 5 Series and Mercedes-Benz E-Class.
At launch, the Ghibli will be offered with three six-cylinder engines, two gas and one diesel. The base engine is a turbocharged 3.0-liter V6 with 330 horsepower and 368 pound-feet of torque, good for a 0-62 time of 5.6 seconds. The more powerful Ghibli S, however, comes with a twin-turbocharged version of this engine, good for 410 hp and 406 lb-ft, reducing that 0-62 time to just five seconds flat. On the diesel end, the Ghibli will offer a 3.0-liter diesel V6 with 275 hp and 443 lb-ft of twist, able to do that same 62-mile-per-hour run in a still impressive 6.3 seconds. The more powerful Ghibli S will also be available with Maserati's new Q4 all-wheel-drive system, though we're told that this feature cannot be had on right-hand-drive versions.
As for what we can see here in Shanghai, the Ghibli looks pretty darn good, though that front fascia reminds us an awful lot of the BMW 3 Series. (Seriously, just picture the Bimmer with a more gaping grille opening.) Maserati will offer the Ghibli with standard 18-inch wheels, though 19s, 20s, and even 21s will be available as optional extras.

Well that didn't take long at all. Although we just saw spy shots of the new Maserati Quattroporte last week, Maserati has now taken the wraps off its redesigned sedan ahead of a confirmed Detroit Auto Show debut. Although no official details for the car were released just yet, we can infer quite a few changes just from the images. Celebrating 50 years of the Quattroporte, Maserati is referring to this new car as a 2013 model, but it will arrive next year for the 2014 model year in the US.
The overall exterior styling of the new Quattroporte hasn't evolved too far away from the current car. There is still the sloping hood, vented fenders and shapely body lines, but it also gets a much sleeker roofline and more steeply raked front glass. It also appears that the rear wheels no longer cut into the rear doors, suggesting a longer wheelbase. The biggest change made to the car's styling is found in the rear of the car where horizontal taillights and exhaust tip design now gives it a strong Mercedes-Benz E63 AMG vibe. Inside, the four-passenger sedan now gets a more stylish two-tier instrument panel, a larger touch-screen display on the center stack and what looks to be equally sized monitors for the rear-seat entertainment system.
Under the hood, we can definitely tell that the Quattroporte still uses a V8, but aside from the press release calling it an "all-new next generation powertrain," we don't have any real details of what powers the car. Or do we? The rear 3/4 image of the new design shows a license plate number of "QP 530 HP" possibly suggesting the engine's output has been raised to 530 horsepower up from the current 425. We are also expecting a supercharged V6 at some point down the line with an output of around 420 hp, and it is likely that both engines will be paired to eight-speed automatic transmissions.