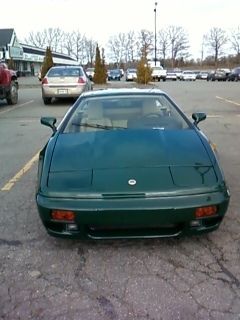 Lotus to layoff a quarter of its workforce

Lotus has issued a press release to day, wherein it indicates that a "need to both reshape its organisation and to reduce costs" may result in the loss of "up to 325" jobs. That's a fairly significant number of layoffs for any company, but considering that Lotus currently employs 1,215 people (per the company's bio in the same release), it could mean a full 25-percent of the automaker's workers could soon be sharpening their resumes.
CEO Jean-Marc Gales says in the statement that Lotus has "worked very hard to avoid the need to make this proposal," but admits that it is now "essential" to the future of the company. The chief indicates that post-restructuring, he expects Lotus to be a "leaner" and "more competitive" organization, one which - and we can all see a little silver lining here - is focused on "producing class-leading sports cars and innovative engineering."
The 325-job number appears to be soft at this point, with the statement indicating that some negotiation about which and how many posts will be cut is yet to come. Further, the company may "redeploy" some employees, and may even recruit new blood for "key roles," all with an eye toward running the strongest possible team going forward. Though, we imagine that the recruitment bit won't fly well for those employees getting the sack.