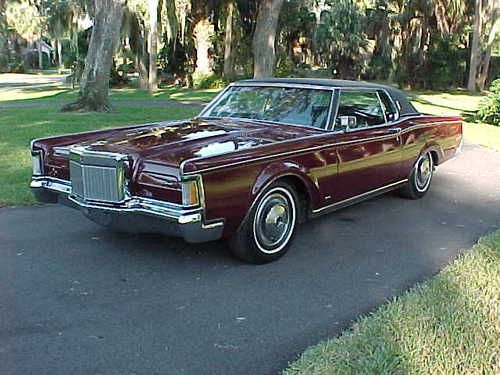 This is an outstanding example of the Mark III series and  in wonderful condition.  It is fully power optioned and everything works as it should with the exception of the Cartier quartz clock which is disconnected to prevent battery drain when not driven.  The engine has 6000 miles on it and runs beautifully with a Holly 600cfm carburator and electronic ignition.  New glass front and rear and new calvery twill vinyl top.  Original color repaint 6 months ago.  Interior is black leather and in excellent condition with little sign of wear.  New mufflers and resonators,ac conversion to 1R134 with new ac evaporator and heater core.  Tires are new Cooper white wall radials.  This beauty needs nothing and is a pleasure to drive and show.  Contact me for more photos and questions.