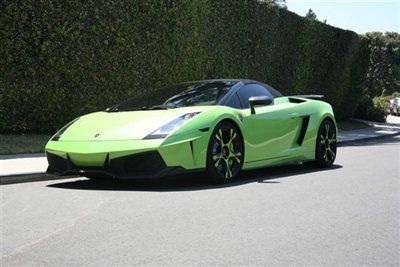 With its razor-sharp wedge shape, high performance and minuscule ride height, the Lamborghini Countach has always been a supercar made to be gawked at and grab attention. Even the model's name supposedly comes from an Italian exclamation. But not all recognition is positive, as is the case with this Lamborghini illegally parked within sight of London's famed Tower Bridge.
According to The Telegraph, this white Countach was reportedly abandoned after running out of fuel, blocking a lane in the process. In that time, someone apparently attempted to scratch off part of its no-parking sticker. In the end, the supercar was hooked up and lifted onto a flatbed truck to be towed away, drawing a sizable crowd in the process. Those interviewed seemed pretty upset and mystified that someone would illegally park the car there.
According to The Telegraph, the owner was traced via license plate, whereupon it was discovered there was a warrant out for his arrest on harassment charges. He was subsequently arrested in London and later released on bail. Sadly, there's no word yet on whether the classic Lamborghini was released with its owner or if its angular self is sitting in an impound lockup somewhere.

If you're a fan of Lamborghini then you'll want to set aside 13 minutes of your time for this video. The Sant' Agata carmaker is hosting a 50th Anniversary Tour from Milan to Rome and then back up to the factory in Bologna, and the 350 entries in this running of the bulls were staged on a Milan street. YouTube user Shmee150 is with the convoy and he spent the aforementioned 13 minutes walking among the field of glory that spans models from 1963 to now.
None of the cars were running so the video lacks the audio thrill of the supercars merging onto the M6 in the UK. As a virtual tour of Italian art museum showcasing a massive outdoor exhibit of Lamborghinis, however, it can't be beat. Don't hesitate to check out the video below.

The weirdest thing happened last night. During the annual Volkswagen Group Night festivities, everyone waited in anticipation for the Lamborghini section of the press conference. It's usually a treat for the senses - cool to look at, backed up by a ferocious sound that bellows throughout the venue. But not this time. There was no music, there were no laser lights, and most remarkably, there was no sound. The Lamborghini Asterion LPI 910-4 drove onto stage under fully silent electric power. Audibly, at least, it was perhaps the most anti-climactic Lambo introduction we've ever witnessed.
And that's the big story with this new Lamborghini concept: it's a plug-in hybrid. Of course, it's still a product of the storied Italian supercar maker, so that electric powertrain is mated to a 5.2-liter V10, and total system output is rated at a staggering 910 horsepower. It'll run up to 31 miles on pure electric power at speeds of up to 78 miles per hour, and its 0-62 time is estimated to be three seconds flat. Top speed? 199 mph. In other words, it may be capable of silence, but it still carries a stick, and it's still very much a Lambo.
So will the company actually build something like this? Right now, it doesn't look likely. Back in August at the Pebble Beach Concours d'Elegance, Autoblog spoke with Lamborghini boss Stephan Winkelmann about the then-off-the-record Asterion concept, who told us that if the automaker should choose to expand its model range, the bigger priority right now would be the Urus crossover. This is merely just a way to show how Lamborghini might present a gasoline-electric vehicle. And after scoping it out in person here at the Paris Motor Show, we have to say, it's cool. The styling is a bit softer and understated compared to the audacious Aventador or angular Huracán. But it still has quite a presence and it's still very much a Raging Bull.