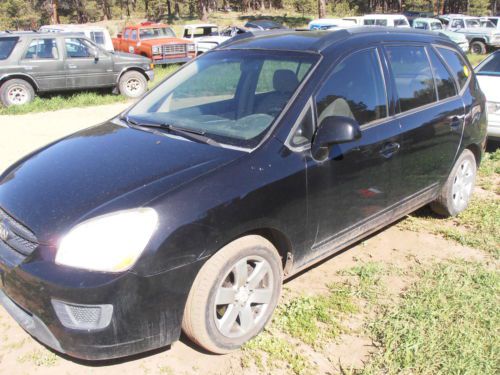 With all the excitement at the Kia stand surrounding the new Soul EV, it's easy to forget that there were other cars on display at the Korean marque's Chicago Auto Show display. The Niro Concept from the Frankfurt Motor Show made an appearance, but the other production model on display was the refreshed Optima Hybrid (which was tucked away in a corner).
Like the standard Optima, which was refreshed at the 2013 New York Auto Show last year, the hybridized sedan gets a slightly restyled face and rear end. As we told you in our official post on the car yesterday, the gas-electric powertrain of the 2014 Optima Hybrid still deploys 199 total system horsepower and 235 pound-feet of torque. Buyers of the base LX car will net 36 miles per gallon in the city and 40 on the highway, while the upmarket EX loses a mile per gallon in both environments.
Have a look at our live gallery of the new Optima Hybrid, from the floor of the Chicago Auto Show.

Although there has been plenty of news about the Kia K9/Quoris over the past year and a half, we've yet to hear anything from Kia regarding the US fate of its flagship, rear-wheel-drive sedan. That changes today, however, as Kia has confirmed the recent rumor that the car would be renamed K900 for the US market, and that the luxurious sedan would debut next month at the LA Auto Show and go on sale next year.
Along with the announcement, Kia also released its first image of the US-spec K900, and, not surprisingly, this profile shot is identical to what we've seen in images for the Korean-market K9 and globally named Quoris (click above to enlarge). Unlike the closely related Hyundai Equus, the Kia K900 will offer customers the option of V6 or V8 engines, but it will be fitted with just as many luxurious amenities as its Hyundai counterpart.
We'll probably have to wait until closer to the K900's on-sale date for any official word on pricing, but last we heard, it will be priced between $50,000 and $70,000 - a significant step up from the current top-drawer model, the Kia Cadenza. Scroll down for the brief press release, and check back in a few weeks for live coverage of this car's debut.