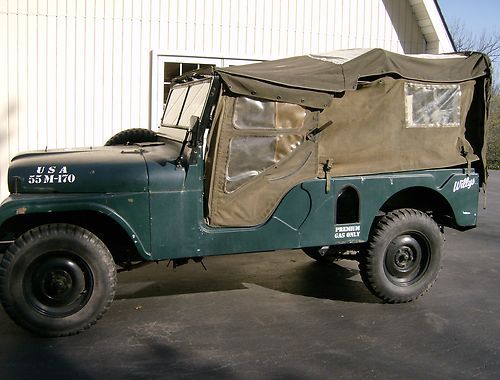 This is a vintage 1955 Jeep Ambulance just like they used in the Mash TV series. Has 32,000 miles. Was last driven
last year. About 90 % original parts. You can see by the pictures it is the real thing. Thanks for viewing this auction.