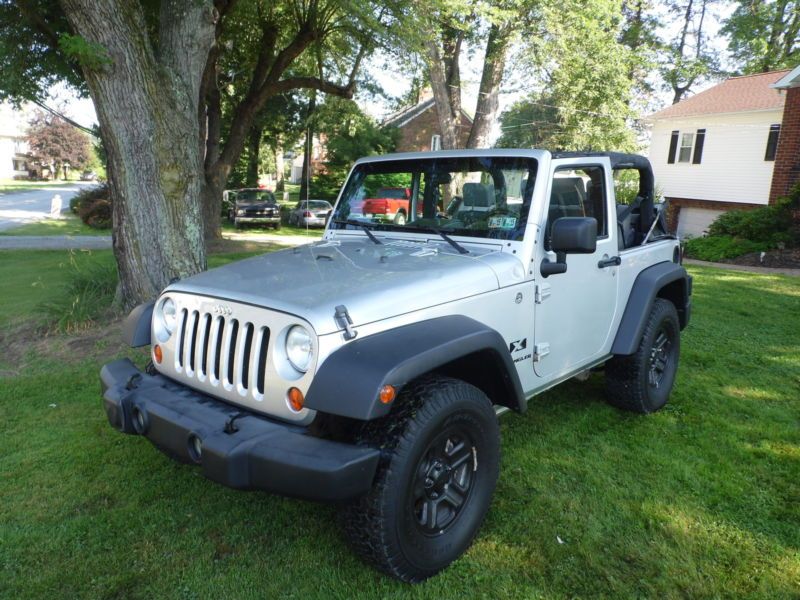 EXTERIOR THE PAINT IS NICE, NO RUSTING OR ANYTHING. A COUPLE MINOR SCRATCHING NOT BAD (CAN TELL THE JEEP WAS NOT IN
THE WOODS MANY TIMES). THERE ARE 3 DINGS ON THE HOOD (SHOWN IN PICS) BUT OVERALL HAS A VERY NICE BODY. IT HAS A
REMOVABLE SOFT TOP CURRENTLY ON IT WHICH IS IN GOOD CONDITION.
INTERIOR IS NICE AND CLEAN, SEATS ARE NOT TORN AND STAINED. THE CARPERING WAS REMOVED FROM IT BY PREVIOUS OWNER.
EVERYTHING WORKS GREAT INCLUDING A/C.