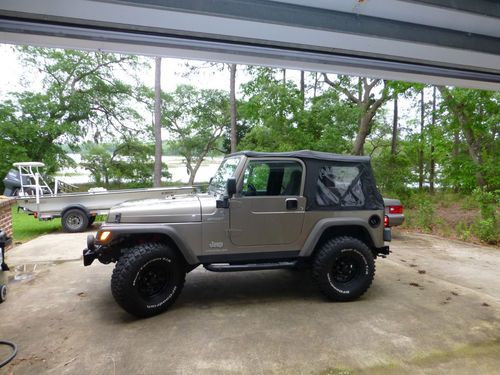 This is a great Jeep.  It has 71K on it.  It is a 6-speed manual.  At 60K, I added a Skyjacker suspension lift and 32" BFG Mud Terrains.  I also replaced the soft top with a new Bestop.  There is a new Clarion stereo, which has bluetooth phone, bluetooth audio, USB port, and Satellite radio.  It has the speaker bar on the roll bar.  It has the tow package as well.  It is in great shape.  Please let me know if you have any questions.  I will be happy to answer them.