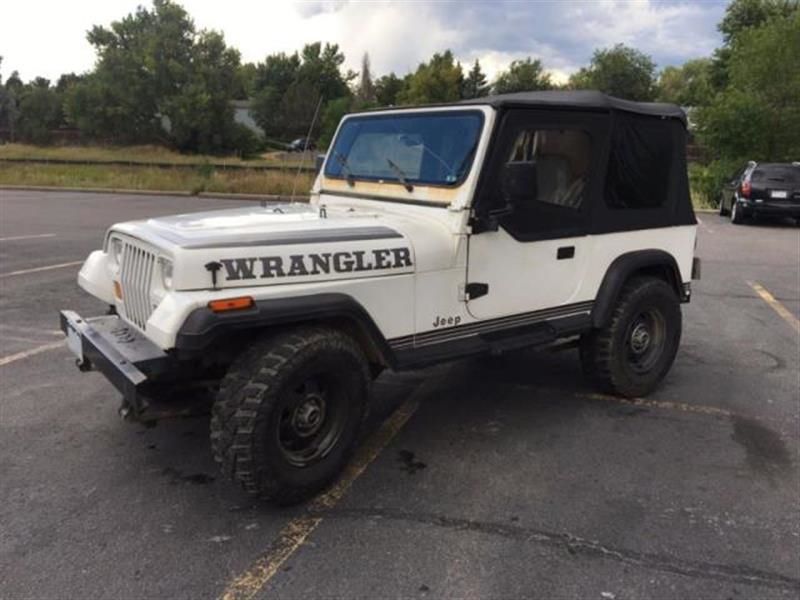 My eMail : nemosesvr@artlover.com 1988 Jeep Wrangler YJ with only 66,000 miles you will be hard pressed to find aYJ with less miles. Has 2 original keys. Everything is OEM except there is aKenwood CD player installed and Smittybilt Soft Top. 6cyl engine 5 Speed manual.Starts and runs perfectly, passed emissions on 5/17. Clutch feels strong andtransmission shifts smooth. I am the 3rd owner, has been in Colorado all 29years of its life. Clean title 0 accidents.