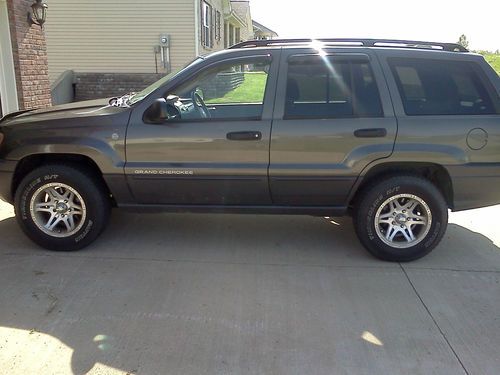 2004 Trail rated 4x4
power windows, locks, driver seat, mirrors
new tires a year ago
custom wheels
tinted windows
window vents
luggage rack
purchased the vehicle 3 years ago (it had a crack in front bumper and haven't fixed it, not very noticeable so let it be)
payment - cash or certified check
will not deliver...you may have it shipped or come and pick it up and drive it home