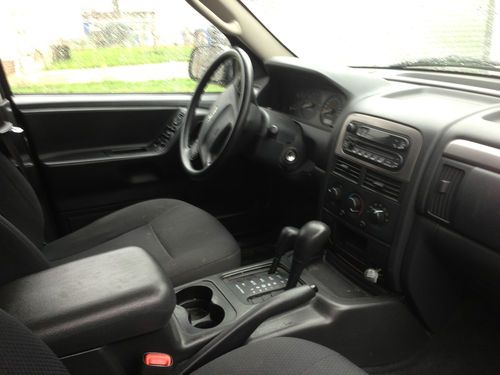 I am selling my 03 Jeep Grand Cherokee. I 6.  Runs good. Auto 2WD, 4WD full time(AWD) and part time. Also 4-Low. Black cloth interior. Cd player. Power locks, seats, windows. Hitch. Tinted windows.
The good. The interior is in good shape.  Runs and drives good. High flow muffler. Well maintained. Always synthetic oil changes. Adult owned. Never off roaded.
The bad. The tires are about at the end of their life. There is a rust spot on the hood and the rear drivers door jam. According to the local body shop this is a $400 fix.

If you have any questions, just e-mail me.
Buy it! Be like the cool kids!