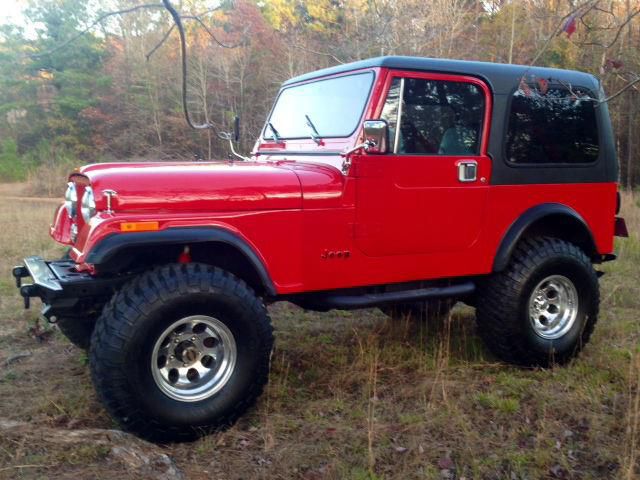 1986 CJ7 Laredo that has undergone a full frame off restoration. This includes: -A built 305 Chevy engine with a manual 4 Speed transmission. -Power Steering, Power Brakes with Disc up front. -New Lights, Windshield, Door Windows, Front Seats, Warn bumpers (front and back), and a Sony stereo. - Polished Aluminum Wheels wrapped in BF Goodrich 35X12.50X15 Tires It runs and drives as good as it looks with immediate throttle response. It tracks straight, and rides smooth. The transmission shifts through all the gears with ease. This truck has been well taken care of, and never used off road. I drive it back and forth to work which is around a 5 mile round trip.
eMail me for more details : malecqgvrubin@netzero.com