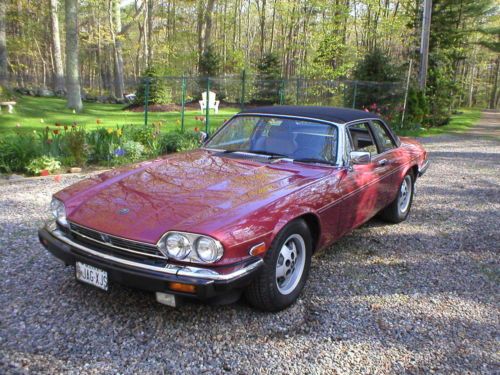 In the market for a Jaguar F-Type? Then let us commend you, first of all, on your good taste. But you've got a difficult decision ahead of you: Do you go for the power of the V8 or the lighter weight of the V6? It's a tough call, even if the ~$30k range in price from the entry model to the flagship doesn't phase you.
Well, to make the decision easier (or potentially more difficult), Jaguar is said to be looking into yet another tempting option: that of a lightweight Club Sport model. Tipped to be based on the coupe (and not the heavier roadster), the F-Type Club Sport would allegedly shed a good 400 pounds or so off the curb weight, not so much through the removal of one component or another but through a "holistic" approach that would call on all aspects of the car to play their part in ditching excess weight. That could mean everything from carbon-fiber body panels to a stripped-out interior denuded of sound-deadening materials and creature comforts, says Auto Express.
In developing the rumored F-Type Club Sport, Jaguar is apparently facing a similar dilemma to what buyers are pondering: will it base the track-focused model on the top-of-the-line F-Type R, with its 5.0-liter supercharged V8 driving 542 horsepower to the rear set of lighweight alloys but weighing down the schnoz? Or should it try to get more power out of the lighter 3.0-liter supercharged V6, which currently nets 340 hp in base form and 380 in S spec? Let Jag know what you'd do by leaving your thoughts in Comments.