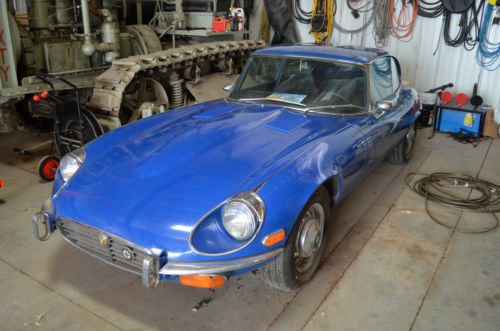 After enviously watching its competitors rake in piles of crossover-shaped dollars for years, Jaguar is poised to get into the game with a production model based on this C-X17 concept. While the British brand hasn't officially confirmed it will sell a utility vehicle - indeed, brand fans and industry watchers have wondered whether the Leaping Cat even need to get into the game considering its corporate cousins at Land Rover - we would be dumbfounded if it didn't happen in short order.
We've always been concerned that Jaguar's styling language wouldn't translate well to a high-riding shape, but here at its Frankfurt Motor Show debut, the C-X17 comes off as quite handsome (if predictable) in the metal. The same couldn't always be said of Jag's styling DNA, but newer models beginning with the XF and the XJ have introduced design elements like a larger, more vertical grille that suit the C-X17's form factor exceedingly well. Even the rear end successfully borrows its taillamp design from the glorious new F-Type Roadster.
Underneath the concept's two-box shape is a new aluminum unibody that Jag says it is poised to employ on its next-generation models, including the long-expected midsize sedan coming to North America in 2016. Jaguar has long been a leader in aluminum chassis development even as it has struggled to take weight out of some of its vehicles (the F-Type, for instance, isn't exactly lightweight). Thus far, Jaguar isn't talking powertrains other than to say it will employ a new generation of gas and diesel engines.

Which is hotter, Lana Del Rey or the Jaguar F-Type?

Lana Del Rey's "Burning Desire" video, the first musical collaboration between Jaguar and its hired songstress, is half music video, half long-form lifestyle commercial for the 2014 F-Type. If you like Del Rey channeling glamorous fifties fame as she lays down vocals of sensuous, languid dolor over images of black-and-white yesteryears, you'll like this song off of her new EP, Paradise.
We think the appearance of a red and brand-new Jaguar, though, is incongruous - either Del Rey or Jaguar is the anachronism, take your pic. That's not to say it's not beautiful, however, so enjoy the combination in the video below.