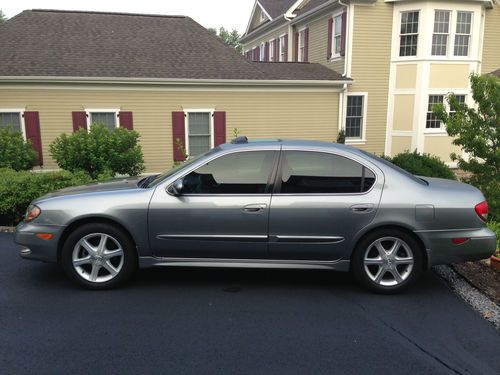 Car is in outstanding condition, both mechanically and cosmetically.

One owner - executive driven.
Always garaged.
Always maintained ahead of schedule - currently has 105,000 miles.
There is zero deferred maintenance on this car - it is ready for the next owner.
NEVER in an accident - 100% original factory body paint.
Fully loaded - including all power options, moonroof, fold down rear seat.
Leather Interior is in immaculate condition.
Paint/body is in excellent condition - small number of small chips and minor knicks - overall hard to imagine a better example available.  I have included pix of the front right and rear right lower bumpers where the paint has minor scuffs - I believe they could be buffed out but I wanted to ensure full disclose of those blemishes.
4 new(er)  OEM Michelin tires placed on our car at approx 12,000 miles ago - they are  in outstanding condition.
Will not respond to out of country inquiries.
READ:
!! Buyers must have  cash/financing ready prior to bidding.
!! If you have low/no eBay ratings - your bid will be disqualified if you have not FIRST contacted me to discuss your buyer status/intentions.
My preference is for a local buyer that can see/test the car to ensure the deal is finalized after the auction closes.
For sale locally as well - auction can end at any time.