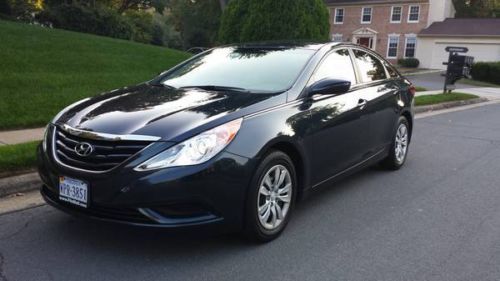 Last September, Hyundai confirmed that it was exiting all of its motorsports programs in North America. That left Rhys Millen Racing without a title sponsor for its Formula Drift and Global RallyCross Championship series challengers. It also looked to have meant the end of a partnership that last year resulted in a record-setting run at Pikes Peak when Rhys Millen established the new benchmark for a run up the Colorado mountain in a production-based race car.
Hyundai clarified that September report by saying it was "reconsidering our continued involvement in Pikes Peak International Hill Climb, having achieved the world record in a Hyundai Genesis Coupe this year." The return is official, with Hyundai saying it is going back to the peak with Millen and two cars, one of them a "purpose-built unlimited class rear-drive," the other being the Hyundai Genesis Coupe-based racer that set last year's record in the time attack two-wheel-drive class.
Hyundai wants to show off the strength of its engineering, so the unlimited car will have something like 900 horsepower and 800 pound-feet of torque while using the production block, cylinder heads, bearings and accessories of its Lambda V6 engine. You can read more about the effort in the press release below, and click the image above for an enlarged view of what's coming.

Hyundai is locked and loaded to debut its redesigned, 2015 Sonata at the New York Auto Show next month. For one enterprising Korean photographer, however, the reveal just couldn't come soon enough.
A South Korean website called Bobaedream.co.kr unceremoniously published some images of what would appear to be a completely undisguised example of the new Sonata. Korean Car Blog quickly followed up on the leak, claiming that the car in question was fitted with Hyundai's 2.0-liter turbocharged GDI engine, making 274 horsepower, and connected to an all-new, seven-speed dual-clutch transmission.
Whether that information came from a reliable insider source (as the photos would suggest) or was just a best guess, we can't say. But we can see what direction Hyundai is headed in with the Sonata. The front end seen in the spy shots is more or less what we'd already seen in the last teaser picture, with a new headlamp design helping to set off a prominent grille. The grille does seem to have some element of the strong, graphical surround from the teaser, too, though it's not as defined in these low-resolution pictures. Sheetmetal on the hood and bodysides seems cleaner, straighter and less fussy than in the current car, too. As for whether or not this is the Korean-spec car or the one destined for the US market, that's unclear, though we have been told that the two cars do look very similar.