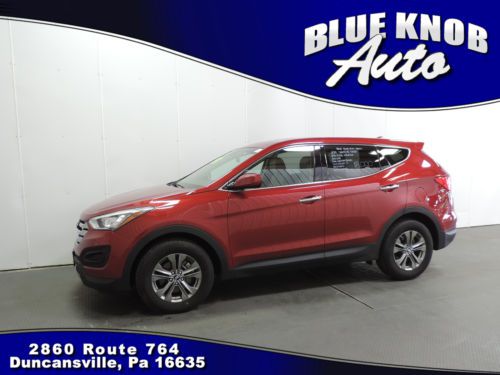 During an event in Ann Arbor, Michigan today, Hyundai officials confirmed that the updated 2014 Equus sedan, which goes on sale this week, will be priced from $61,000, *not including $920 for destination. That price is for the base-level Signature version; the upgraded Ultimate trim will carry a base MSRP of $68,000. Both prices represent a $1,750 increase over the 2013 model.
Hyundai introduced the 2014 Equus at this year's New York Auto Show, and while it hasn't been vastly reworked, there are a few thoughtful updates both inside and out. For starters, there's a restyled grille flanked with standard LED fog lamps, as well as new 19-inch alloy wheels. Inside, Hyundai has fitted a new instrument cluster and center stack, as well as more premium wood trim.
There's more technology inside the Equus, as well. The instrument cluster now benefits from either a 7.0- or 12.3-inch LCD information screen, and there's a 9.2-inch display in the center of the dash. For rear seat passengers, there are dual 9.2-inch monitors, as well as redesigned console controls.

We Autoblog staffers have had our ups and downs with our long-term 2013 Hyundai Veloster Turbo, but there's no question that the cheeky three-door hatchback has got its proponents. Case in point: at the recent driving event for the fire-breathing SRT Viper TA, none other than Ralph Gilles sauntered over to have a closer look at the matte grey Veloster we'd driven out to the track that day. Gilles had lots of praise for the Veloster styling; not out of line with similar sentiments we've heard all year long.
We digress slightly, but the larger point is that there still seems to be a lot of interest in the Veloster, and Hyundai has plans to fully explore potential new marketplace niches for the car with this all-new, 2014 Veloster Turbo R-Spec.
Following on with the formula for R-Spec models to date, the new Veloster is not a higher-performance Turbo, but rather one that is more affordable. The theory goes that a de-contented Veloster Turbo hits the sweet spot for those who are interested in tuning the car for performance, a group that will probably not need the higher spec comfort and connectivity content that the standard Turbo ships with.

Despite being overhauled for the 2010 model year, not much attention has been paid to the Hyundai Tucson crossover in recent times. But when its overseas twin, the ix35, received modest updates at this year's Geneva Motor Show, we knew it'd only be a matter of time before the US-spec model was blessed with similar tweaks. So, without further ado, meet the ever-so-slightly enhanced 2014 Tucson.
The most significant mid-cycle change is found under the Tucson's hood, where two new direct-injected four-cylinder powerplants are found. On the base end, there's a brand new 2.0-liter "Nu" inline-four, good for 164 horsepower and 151 pound-feet of torque. These numbers represent a loss of one measly horsepower, but five more foot-pounds of torque. Nothing significant here, and fuel economy is only slightly better - 23/29 miles per gallon city/highway versus the 22/29 rating of the 2013 model. Uplevel Tucson models use a revamped 2.4-liter engine, also featuring direct injection, which produces 182 hp and 177 lb-ft of torque - gains of six hp and nine lb-ft, respectively. That said, fuel economy for the front-wheel-drive, automatic transmission model has actually suffered some - 2013's rating of 21/30/25 mpg (city/highway/combined) has fallen slightly to 21/28/24. Both front- and all-wheel drive are available on all trim levels.
As far as visual enhancements go, the 2014 Tucson now uses projector-beam halogen headlamps up front and LED taillamps out back, and redesigned 17- and 18-inch alloy wheels are fitted, depending on trim level. Inside, two new cabin colors are available - beige and brown - the navigation system has been enhanced with a choice of two touchscreen interfaces, and there are now two-stage reclining rear seats.