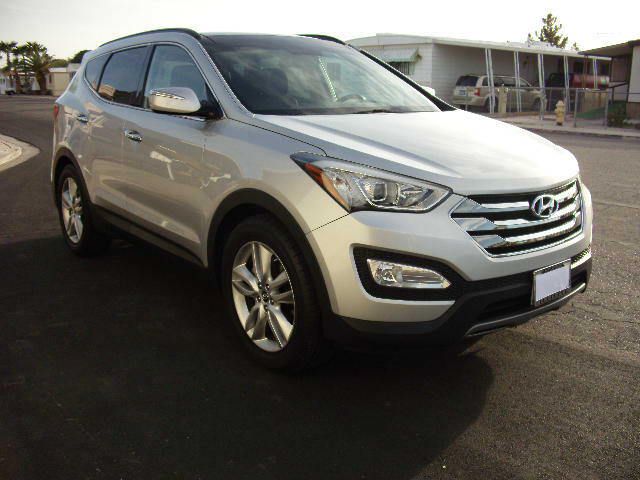 While we've already tested Hyundai's all-new, second-generation Genesis Sedan in its home market, the Korean brand unveiled the American-spec luxury car to the sleep-deprived journalists of Detroit.
The big sedan isn't wildly different from its KDM counterpart, boasting the same pair of engines that have done so well in the first-generation car. The 5.0-liter V8 still produces 429 horsepower and 376 pound-feet of torque, while the 3.8-liter V6 returns 333 hp and 291 lb-ft of torque. Unlike the current cars, the standard eight-speed automatic can send power to all four wheels, if so optioned. Rear drive remains standard.
The big piece of news surrounding the new Genesis is that Hyundai is aiming to keep the luxury sedan's starting price below $40,000. We knew official pricing hadn't been released, but according to a report from Automotive News, the company is confident the entry level models should remain quite reasonably priced.

Adidas was an official sponsor of the 2010 World Cup in South Africa, but the German sportswear company got drowned out of early advertising buzz by Nike, which wasn't a World Cup sponsor. The American company's Write the Future ad put it at the top of Nielsen's study of online buzz, ahead of Adidas. The same thing happened to official World Cup sponsor Budweiser when it got drummed out of the top ten in Nielsen's buzz ratings, while Danish brewer Carlsberg - not a Cup sponsor - ranked sixth.
Volkswagen hopes to score the same goal on Hyundai during this year's World Cup in Brazil. Hyundai and Kia have been official sponsors of the global soccer federation FIFA since 2002 and are official sponsors of the World Cup through 2022. VW has "a major ad buy" planned to run on ABC, ESPN and Univision as well as digital and social media channels during the competition, which begins June 12, to promote the GTI. VW of America's VP of marketing said the Cup's attraction to young males and Hispanics makes it the perfect place to promote the hot hatch.
The sparring between Hyundai and VW has already begun. Volkswagen's Gol compact, named for the Portuguese word for a soccer goal, has been the best selling car in Brazil for 27 years, and the German company sponsors the national soccer team. When Hyundai Brazil began a promotional campaign promising to extend its five-year warranty for six if the Brazilians won a sixth world cup, Volkswagen of Brazil complained to the soccer federation, which asked Hyundai to pull the campaign. As of this writing, that hasn't happened, so we expect it'll be boots on, gloves off, on and off the pitch this summer.