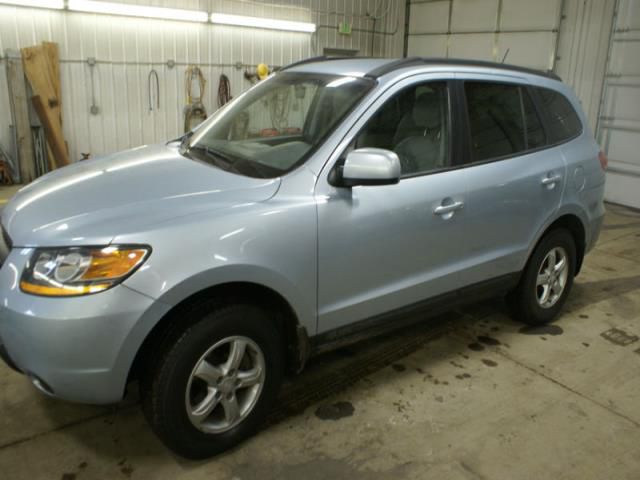 The idea of Hyundai marketing a luxury automobile might have seemed ridiculous a decade ago, but that was before the Genesis sedan, Genesis coupe and Equus came along. Now that buyers seem more accustomed to the notion of an upscale Hyundai, the Korean automaker is said to be considering launching a luxury crossover to take on the likes of the Lexus RX and Cadillac SRX.
The report comes from our compatriots at Edmunds, who spoke to Dave Zuchowski, head of Hyundai's North American unit, who said that the project is not yet part of the company's plan, but that "it is something under consideration."
The last time Hyundai entered that territory was with the Veracruz (pictured above), a model that was sometimes compared to but ultimately failed to compete with the Lexus RX when it was sold between 2006 and 2011. The Veracruz was effectively replaced by the seven-passenger Santa Fe with which it shared its underpinnings. This new project being considered would similarly be based on the latest Santa Fe, and the challenge Hyundai is facing once again would be to position it as a sufficiently upscale product to warrant a premium sticker price.

General Motors is the undisputed king of recalls for 2014. No one is going to contest this point. The American company is far from the only one with vehicles that need fixing, though, as Hyundai has announced another recall totaling 419,000 vehicles in three separate campaigns.
The majority of the vehicles affected come from the Santa Fe family, where 225,000 of the model year 2001 to 2006 CUVs will need their front springs replaced. It seems that the early Santa Fe's coils can rust and crack when subjected to frosty temperatures and the road salt that so often accompanies them. Should they fracture, it's possible that a crash would be the end result.
As this is an issue linked to road salt, only Santa Fes sold in 20 states - from Maine to Iowa and Wisconsin to West Virginia - are affected. Vehicles sold in Washington, D.C. are also covered in the recall.