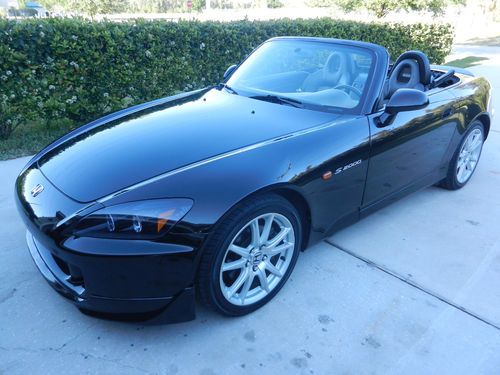 This vehicle is in very good like new condition inside and out, looks great/clean and drives perfect. I personally owned it and driven it and maintained it well. Garage kept and covered since I have owned it. Everything works on it properly, nothing needs to be fixed or cautious about. Exterior is shiny, no visible scratches or dings, no damages, no faded spots,Inside is really clean, nothing broken, missing, or ripped. Tires are in great condition as well. Car drives and handles extremely well. Ac is cold

Vehicle has a rebuilt title, due to a passenger side front small accident, I had the right front fender replaced to a used one off of a 05' model same color and the front bumper cover at the corner of fender was broken,i bought a new bumper cover from Honda and had a shop paint it professionally to match color. I have receipts of both parts purchased and workorder from shop performed. I have taken the car to inspection after and received the regular Florida title with sticker stating vehicle has been repaired and safe/ready to used on highways.