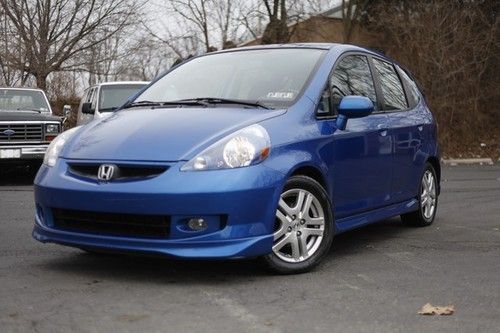 
Description:
Up for sale a very nice and clean 2008 Honda Fit. Very good on gas 1.5 4 cylinder engine, starts right up and makes no noises. The manual 5 speed transmission shifts fine and the clutch is strong. The body is in great shape and looks very nice. Virtually no scratches and no dents. The interior is also great and no noticeable wear. Everything works as it should. The car was serviced meaning that all the fluids have been checked and added as needed. The breaks are at around 60% and the tires are 70-80%. The title is reconstructed due to an accident it was in. No major damages were done and the car is completely repaired and the drivability was not affected. Feel free to ask any questions. This is one great little car that easily fits four people.