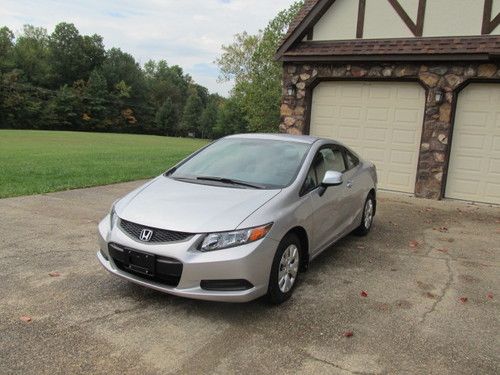 We have for sale a 2012 Honda Civic with only 49 miles on it. It is still on its first tank of gas and is almost full. It is a very new and clean car. It has damage on the left side and will need a windshield. We already replaced the left fender and front bumper because they were easily bolted on. The damage in depth was similar to the damage on the side. It has the original hood. We replaced any air bags that were blown and had the module reset. The only paint work done was the bumper and left fender. This would make a really nice 40 mpg car for someone wanting a nearly new car for a good price. The title has been sent in so it is now an Indiana Rebuilt Title. If you have any questions, call Terry at 812-247-2220 or 812-709-0555.