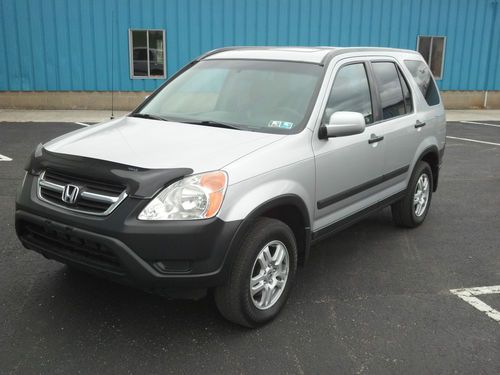 you are bidding on a ver clean great running 2002 honda crv,you will not be dissapointed in the suv,it runs and drives excellent,the a/c blows ice cold,has a moon roof,interior is in great condition and very clean,tires are about 1/3 tread,it has a pa inspection till 1/2014,features a v tech 2.4 that runs smooth and quite,it has no dash warning lights on and drives like it has 5000 miles on it again you will not be dissapointed, it has some normal minor scuffs and scratches, also a small dent as pictured. bid with confidence any questions call kevin 724-479-3333  we also have extended warranties availible