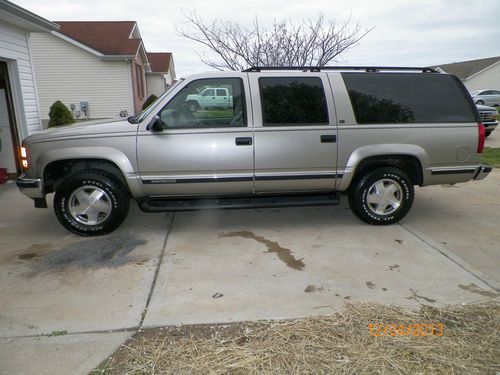 Clean 1999 gmc suburban with hatchback rear door  103000 miles runs like new, drives like new, great truck everything works,newer tires and brakes.has tow package and trailer brakes ,This is a real nice clean truck only reason Im selling it is i wanted a pickup  3 row seating this truck is loaded with every thing heated seats,rear air ,cruse, power seats and windows and locks,4wheel drive,