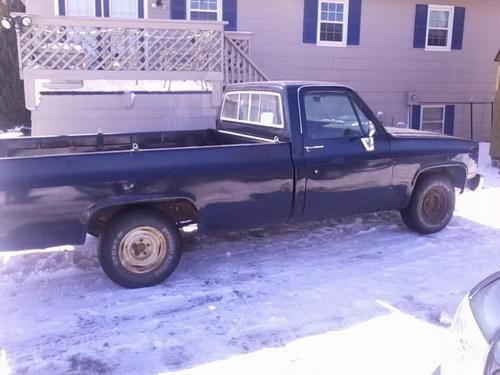 1983 GMC Sierra C15. Has new wiper blades, just had 150 Dollars worth of exhaust work done (passenger side manifold gasket and donut gasket replaced), Just got new spark plugs as well. The guy I bought it from cut the typical Chevy rust out of the cab corners and bed sides and replaced the metal to give it a good clean looking body.