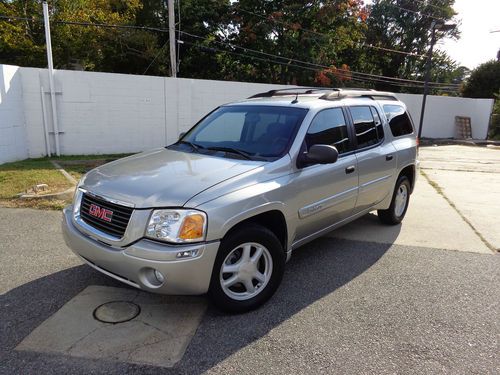 2005 GMC Envoy XL with only 99,260 miles. This is a no reserve auction which means the highest bidder will win! This Envoy runs and drives great. It drives real smooth. The engine is a power 4.2L straight 6 with a smooth shifting transmission. It got cold A/C and the heat works great. It got power windows, power locks, power mirrors. Ready to drive anywhere. New oil change just done and Virginia state inspection that is valid until October 2014. I will give 30 day tags to the purchaser. If you have any questions, call me at 804-605-0096 or email me through ebay. Thanks..