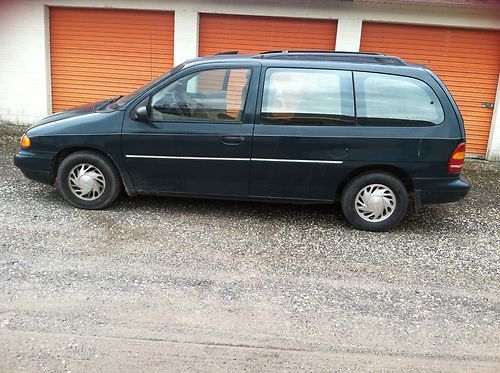 here is a 1998 ford windstar minivan gl 3.8 v6 the van runs and drives just needs a little work here and there not much work would have to be done to make this van to be a very dependable.it has already had new intake,& gaskets,water pump,alternator.so like i said a man could take one day and have the van up running like a champion,the van can be driving home if you win it.the van doesn't overheat the ac/heat works. but i just don't need it anymore i moved out of town and the van is just sitting it gets started once a week by my mother but it needs someone that needs a van get it and drive it.i have a clean title it is in my name ready to go to your name.